The Importance of Winning .

Some parents today are protecting their children too much, especially when it comes to competitive sports. While it’s vitally important that children feel good about what they do, whether they win or lose, it’s also important that they understand what it’s like to have a healthy level of competition with their peers. This will help them later on in life, especially as they compete against other students for scholarship money to their favorite schools or they need to advance themselves in their careers or lead their own businesses ahead of the competition.

Even though some people believe in giving trophies to every child who plays in a sport, rather than just to the winning team, below are the reasons why it’s important for children to actually be victorious against others with whom they’ve competed.

When Children Are Too Competitive

What we don’t want to instill in our children is a sense of jealousy. Nor do we want them to become so competitive that they only feel good when they win and they’re willing to do anything possible to get ahead, even at the expense of others’ feelings and well being. It’s a fact that some children are far too competitive, and this is not healthy at all, nor will it help them when they grow up to become competitive adults. These types of individuals will stop at nothing to get their way, will get extremely angry and depressed when they lose, and will make the world an even less ethical place for future generations.

The Benefits of a Healthy Competitive Spirit

Even though the world may be too competitive and harsh, there’s a necessary level of competition that should be embraced, even from a young age. A healthy competitive allows children to understand how important it is to work hard for what you want. It allows them to also feel what it’s like to be the victor as well as the loser, and it motivates them to always do better by training harder and dedicating their time and energy to something that they love and is important to them.

Learning How to Lose

Children who participate in competitive activities learn how to lose with dignity. They learn to continue respecting themselves and their abilities without getting depressed or angry about the loss, and they respect and admire the victors as well.

The Taste of Victory Can Inspire Children Later in Life

When children win everything from football trophies to academic awards, they taste victory, and they also gain a sense of pride in themselves. The trophies and certificates, as well as any other forms of awards that they receive, not only make them feel great in the moment but also remind them later on of their achievements and their potential to excel. So when they’re struggling or down on themselves, children can always look up to those awards and remember what it felt like when they received them. Then they can use that motivation to continue working hard, despite the setbacks that they may face. 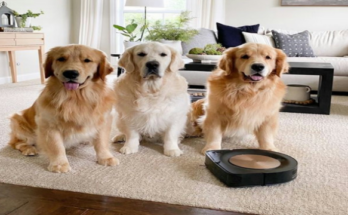