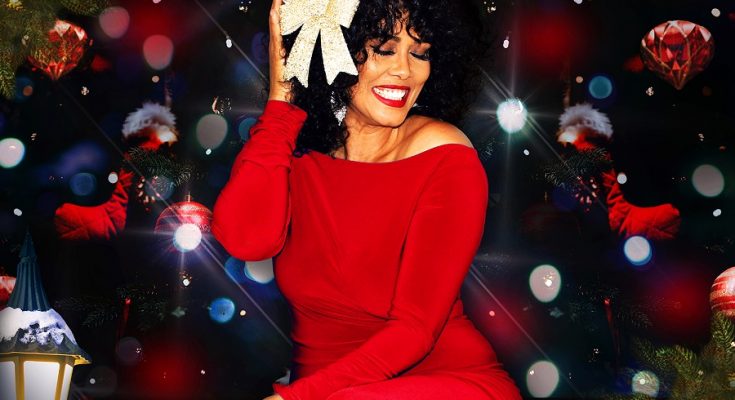 She’s taking over the global concert stages one mesmerizing performance at a time, and now Showtime Australia artist Belinda Davids is set to heat up the Christmas season with the release of her very first-holiday album: Belinda Davids – I Love Christmas.

The Port Elizabeth-born Davids, who just returned from touring the UK and Russia last month, is expected to drop her first Christmas album on Wednesday 20 November – the same day of her much-anticipated opening night concert in Cape Town, marking a two-year wait for her Mother City fans to catch the singing diva again live in concert.

Belinda Davids – I Love Christmas is a 12-track soulful album that is guaranteed to encourage all Christmas-lovers who are eager to get into the Christmas spirit early.

Recording a Christmas album became a special and personal project for Davids when she realized, in recent years, the significance and privilege of being able to spend the festive season with her two children and extended family. “My touring schedule is so hectic, sometimes I barely have time to breathe, so when I can be at home over Christmas and truly be present with my children it is the greatest gift, and super important to me – it’s the creation of memories,” she says.

With this album Davids wanted to give her fans a taste of what her own earliest Christmas memories were like:

“These are the Classics that were played at Christmas time when I was young. I adore Christmas songs, but they are often so cheesy, so when I sat in the studio I wanted to record those same Classics that are timeless and nostalgic, but with a soulful and playful vibe that reflects the diverse musical influences I had in my upbringing. I think we managed to deliver just that.”

Some of the festive season classics to expect on the album include Silent Night, Joy to the World, Away in a Manager, Do You Hear What I Hear, and When a Child Is Born.

Davids, who now calls Cape Town her home, recorded the album in Johannesburg earlier this year, with studio time juggled between her international touring commitments over a period of four months.

It’s been a long time coming for Davids to finally release more solo music; she was just 16 years old in 1996 when she released her debut album Belinda which included the hit single ‘We Go Together’.

So what magical Christmas memories does Davids ponder on every festive season?

“Christmas in my grandmother’s house was a highlight for me, where all her kids and grandkids gathered and there was just always so much presence of family throughout the holidays. We would all decorate the house, walls and the Christmas tree – all while our favorite Christmas classics were playing in the background. It meant the world to be around family and to celebrate Christmas Day with my loved ones”.

Belinda Davids – I Love Christmas will be available for purchase on all major global digital music platforms from 20 November 2019.

THE GREATEST LOVE OF ALL TAKES OVER CAPE TOWN

The Greatest Love of All: A Tribute to Whitney Houston will showcase with orchestral accompaniment at Artscape Opera House at Artscape Theatre in The Mother City from 20 November until 1 December, and is billed as one of the “most anticipated concert performances of the year”.

These special and limited orchestral concerts featuring South African-born Davids, are a first for South Africa, having already performed to sold-out arenas in the UK and Russia earlier this year.

The Greatest Love of All: A Tribute to Whitney Houston is set to be backed by a South African orchestra, dancers and stunning theatrical effects this time around, as the vocally-talented Davids is set to yet again impress local audiences in a jaw-dropping musical tribute experience to one of music’s most loved-icons.

Tickets for this spectacular concert experience in Cape Town can be purchased via Computicket at either www.computicket.com or via Checkers and Shoprite retail stores, countrywide, and range between R250 and R390 each.

The Greatest Love of All: A Tribute to Whitney Houston is also set to tour its orchestral concert series to Johannesburg later next year. The show will perform at The Mandela at Joburg Civic Theatre, from 5- 28 June 2020. Tickets are available now via the theatre box office or by visiting www.thegreatestloveofallshow.com.