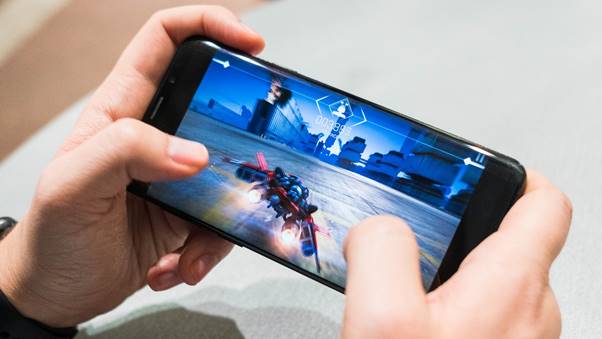 South Africa’s first commercial 5G network went live late last year, and more mobile network operators can be expected to launch 5G services during the course of 2020. As the network technology is rolled out to more parts of the country over the next few years, it will offer speeds and latency that could transform many of our mobile experiences.

One area where 5G may have a big impact is gaming—5G could enable developers to create richer and more immersive worlds, more responsive multiplayer, and more seamless access to content. It will take a while for this all to play out, but here are some ways 5G could take smartphone gaming to new heights over the next five years.

5G networks are quick, though real-world speeds are variable between different network operators and depend on a range of network conditions. That means that one of the first benefits you can expect to see is faster content downloads – for example, patches, updates and the games themselves could download in a blink of an eye. Provided we see mobile data costs continue to fall, which seems likely, hunting for a Wi-Fi network to download the new game you want to try could become a thing of the past.

One of the problems with most mobile networks is that they have high latency compared to fibre networks. Latency is the delay between sending a packet of data from your device, it arrives at a server or another device, and the response coming back to you.

It’s the source of the dreaded ‘lag’ you may experience between instructing your character to shoot someone and seeing a response on the screen. In other words, when you thought you got a clean shot, you missed because the other player was no longer there, but your Internet connection was not keeping up with their movements.

If you’re a fan of twitchy shooters like Fortnite or PUBG, you’ll be glad to know that latency and lag should be lower on 5G. It means that when you shoot someone, the shot should connect, and you will no longer take a beating just because of a poor network connection.

In the PC and console gaming world, companies are already positioning themselves for gaming in the cloud. In other words, some services allow you to pay for a gaming subscription in the same way as you would pay for Spotify or Netflix and then stream the game onto your device.

The benefits include not needing to store every game locally on your phone, being able to access a vast library of content for a monthly subscription, and always having access to the latest updates and content without doing anything on your side. It will take many years for this trend to become mainstream in smartphones, but the possibilities are exciting.

Once your games are running in a data centre in the cloud, they will no longer be constrained by the specs of your smartphone. Developers will have the freedom to create more impressive graphics and physics, bigger and more detailed game worlds, and smart artificial intelligence, without concerning themselves with the limitations of your smartphone.

In the 5G future, game makers will also be able to create impressive augmented and virtual reality experiences and stream them straight to your mobile device. Again, this looms in the distant future, but it’s great to know it’s on the way.