Zero Waste Week, which runs from 6 to 10 September 2021, is an award-winning week-long campaign that aims to raise awareness about the environmental impact of waste. Green School South Africa, which opened its doors in February 2021, has been pursuing a zero-waste policy since the construction of its school campus began.

Launched in the UK in 2008, Zero Waste Week has become an international initiative with a presence in more than 70 countries, often run independently or in coordination with the original organisation. Largely through online campaigns, social media, and events across the world, Zero Waste Week endeavours to help people and organisations – including households, businesses, schools, and community groups – reduce landfill waste, recycle more and participate in the circular economy.

Green School SA in the Drakenstein Valley just outside Paarl in the Western Cape, is the third in a growing network of schools around the world that educates for sustainability through community-integrated, entrepreneurial learning in a natural environment. The network was founded in Bali in 2008, and also includes a school in New Zealand and another school that will open its doors in 2022 in Mexico.

Green School SA’s campus has been designed, built, and run targeting the international gold-standard of sustainable architecture, the Living Building Challenge. The school’s campus and buildings exceed carbon zero status – doing no environmental damage – and are actually regenerative, which means the campus produces more energy than it uses, feeding power back into the grid, and returns clean, purified water to the natural water systems in the area.

No harmful chemicals were used in its construction – to the point where the ingredients in products were scrutinised to ensure they do not include harmful chemicals. The school grounds incorporate extensive vegetable gardens, fruit forests, medicinal gardens, and herbal corridors, and the landscaping was designed to rehabilitate the ecology of the site and reintroduce biodiversity. The fresh produce from the garden supplies the school kitchen, and organic waste is composted on-site, in turn nourishing the gardens. The visibility of this regenerative cycle, along with other biophilic aspects of life on campus, is in turn incorporated into the school curriculum.

The school’s co-founder, Alba Brandt, says that since the school’s launch earlier this year, she has been approached by several other schools across South Africa and asked to advise them on how they can implement their own zero-waste initiatives or reduce their waste as part of a green strategy.

“There are some easy wins,” she says. “But other aspects of a zero-waste strategy are tricky.”

Brandt points out that, while rainwater harvesting, power generation, and other large investments in infrastructure might not be accessible to everyone, there is a huge amount schools and communities can do to reduce and even eliminate waste. For example, Green School SA has spent much time and effort researching and trialing sustainable cleaning products that actually work. This information is easy to share with other schools and organisations.

Bruce James, head of gardens at Green School SA, is deeply involved in running the school’s waste-elimination and recycling initiatives. He says that discovering the distinction between “technical recyclability” and “recycling demonstrated in practice and at scale” has been fundamental to ensuring that the school’s recycling practices are effective and have the desired results. He consulted local recycling companies at length to properly understand what is and what is not realistically recyclable in the region in which the school operates.

“The reality of zero waste is quite a steep learning curve,” he says.

He discovered, for instance, that the way in which the school sorted its recycling would determine whether it was actually recycled after it was collected, or whether it would end up in a landfill. Understanding which grades of plastic can and cannot be recycled proved crucial. “HDPE, which is used to make milk bottles, is highly recyclable,” he says. The same material used for berry punnets and other fresh-produce containers is of a lower grade and cannot be recycled. So, although certain plastics are marked as recyclable (and are in theory) they inevitably end up in landfills. Worse, recyclable HDPE would be dumped along with low-grade material if they were mixed.

Other practicalities, such as the amount of a material like polystyrene that needs to be collected to reach the required volumes to make it viable for recycling companies to collect – and the storage that requires – was another discovery.

James points out that such research and engagement has in turn influenced the school’s procurement decisions. The kitchen has engaged with fresh produce suppliers who now supply everything in wooden crates that avoids packaging altogether. Other items, such as dry goods, always come in packaging and there the school is systematically finding alternatives to products that come in non-recyclable packaging.

Another distinction he learnt involved understanding that egg boxes represent that last stage of paper-recycling potential and cannot be recycled. He adds, however, that they can be shredded and composted successfully, as can certain types of paper towel and the school coffee shop’s paper cups.

James notes that the terrain is constantly shifting, and new companies and initiatives regularly become available. He notes a company launching this September that plans to recycle plastic that was previously considered unrecyclable (for example, because it wasn’t perfectly clean). Now, they can be processed and used as a sand substitute in concrete production.

Constant vigilance is necessary in pursuing a zero-waste policy, and ongoing research reveals new options and presents opportunities for improvement all the time.

Importantly for Zero Waste Week, Green School SA is a zero waste to landfill site, and also takes in waste from neighbours and the school community and thereby have a net positive impact on waste to landfill. 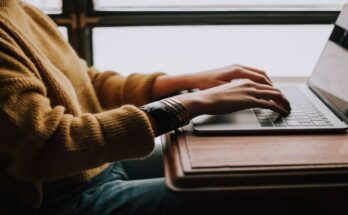 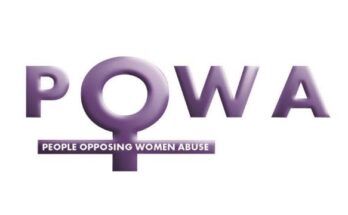 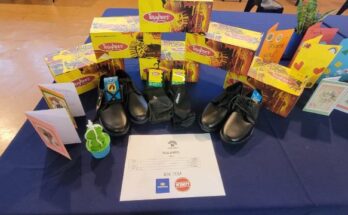 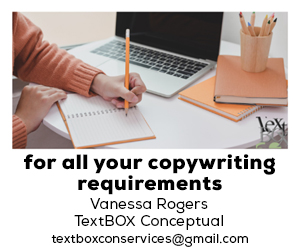