Sunday, 25 April, marked World Malaria Day, and to support ongoing efforts to highlight the need for malaria control and prevention, the Kingsley Holgate Foundation (KHF) has made a call for governments, healthcare workers, and citizens of Africa, to not forget the scourge of this disease amidst the focus on the Covid-19 pandemic.

As the pandemic continues to dominate the health and political agendas in many countries around the world, so its devastating impact on other diseases becomes increasingly apparent. Malaria is one of these.

Over 90 percent of malaria deaths occur in sub-Saharan Africa, the majority – more than 265,000 ­– in children under the age of five.

The World Health Organization warned in its 2020 World Malaria Report that the consequences of disrupting malaria prevention services in sub-Saharan Africa due to the pandemic and societal measures aimed at curtailing the spread of Covid-19 transmission, will likely result in a rise in malaria deaths.

In many malaria-affected countries, Covid-19 lockdowns and restrictions on the movement of people and goods have led to delays in the delivery of insecticide-treated mosquito nets or indoor insecticide spraying campaigns – two of the most effective vector control measures to prevent the spread of malaria.  Malaria diagnosis and treatment services have also been interrupted as many people were unable, or unwilling, to seek care in health facilities because of the pandemic – a dangerous outcome as some of symptoms of Covid-19 (fever and fatigue) are similar to the onset of malaria.

Kingsley Holgate, well-known South African-based humanitarian explorer, knows first-hand the devastating consequences of malaria. “I’ve had malaria countless times and survived, thanks only to having treatment close at hand,” he said.  “It’s heart-breaking to reach a remote village far from health facilities and find a mother screaming for help, her young child dying from malaria – a death that could have been prevented by a simple mosquito net. ”

Over the past 17 years, the Kingsley Holgate Foundation, through its partnership with Land Rover, has undertaken 37 geographic and humanitarian expeditions across the African continent, providing close to half-a-million insecticide-treated mosquito nets, primarily to pregnant women and mothers of young children in the most affected regions, and protecting 1,320 million people from malaria.

Mozambique is one of the worst-affected countries in the world, with malaria the second leading cause of death. “However, its neighbours, South Africa and Eswatini, are low transmission countries; this makes Mozambique a strategic area to focus on,” explained Ross Holgate, who heads up the Foundation. “Even with Covid-19 nationwide lockdowns and thanks to the support of in-country logistical partners, we’ve been able to keep our foot firmly on the accelerator and elements of our malaria prevention work continued in Mozambique.

“Our focus was on emergency provision of mosquito nets to mothers and children fleeing the escalating IS-linked insurgency in the northern Cabo Delgado province, who were also at high risk of contracting malaria, as well as to impoverished communities affected by heavy cyclonic rains and flooding in central Mozambique, which caused a resurgence of malaria particularly around Gorongosa National Park and in the Limpopo River flood basin.”

Another of the Foundation’s partners is Goodbye Malaria, a cross-border, regional programme that aims to eliminate malaria in southern Africa. Its key intervention is indoor residual spraying (IRS), especially in the southern provinces of Mozambique to reduce the spread of malaria into neighbouring countries. Despite the Covid-19 challenges, 611,940 homeswere treated last year, keeping over two million people protected against malaria – a herculean task undertaken by 2,500 locally-employed sprayers.

“If it wasn’t for the great work being done by Goodbye Malaria in stopping the spread of the disease from Mozambique into neighbouring countries, malaria would be even more rife in Eswatini, northern KwaZulu-Natal and in and around the Kruger National Park,” said Ross.

Peter Sands, executive director of the Global Fund to Fight AIDS, Tuberculosis, and Malaria, said at a meeting presenting the WHO malaria report, “The global health world, the media, and politics are all transfixed by Covid-19 and yet we pay little attention to a disease that is still killing over 400 000 people every year, mainly children. Malaria is a disease we know how to get rid of – so it is a choice that we don’t.”

Kingsley agrees: “As aggressive measures are put in place to curb the spread of Covid-19, it is essential that ongoing efforts to prevent other killer diseases such as malaria, which has been around since the dawn of time, are not overshadowed. It is unacceptable that in 2021, a child still dies from malaria every two minutes around the clock. Our future Land Rover expeditions into Africa will continue to tackle this preventable disease.” 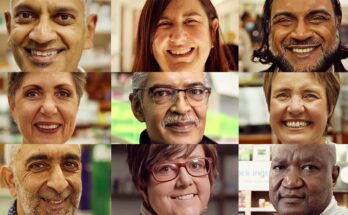 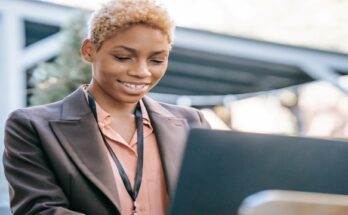