Photo by rawpixel.com from Pexels

It is not uncommon to hear business people in South Africa ask what they can do to deal with the myriad of deep and structural challenges that plague this beautiful land.

The answer is simple. Strive to own a small part of something extraordinary rather than own a large part of something ordinary. We can no longer afford to sit on our capital and skills. By investing in people and restoring dignity, we will set in motion the tiny interventions that exponentially trigger fundamental change.

This is not about adopting a charity mindset, nor is it about becoming a socialist country. Responsible capitalism has all the tools to fundamentally change society. By investing in our staff and our immediate communities, cumulatively the impact can be profound.

For this change to stand a chance, businesses need to invest in opportunity and potential. Right now, near Umtata is a proof of concept that could drive de-urbanization and provide an alternative for employment creation. A village of people, that are being taught farming and related business skills, use their mobile phones to trade among themselves using their very own, unique cryptocurrency.

Imagine the South African-born doctor Ariel Lashanksy and Roi Abraham, who developed the concept with the village, were able to convince a big corporate to roll out 50 of these micro-community projects. Suddenly there would be an entirely new and digitally relevant model for de-urbanization and employment creation. Two massive and burning issues in SA. In a similar but unrelated story, a gifted, young, black engineer developed a smart app that bypasses the need for cellular reception. Through a lack of funding, he was unable to take up an invite to bring his concept directly to Harvard University and potentially rub shoulders with very influential investors.

The unwillingness to invest in a concept before it has become a success story is not unique to South Africa. There were no doubt hundreds who passed up the opportunity to put money into an app that would disrupt hotels or another that would shake up the New York yellow cab industry.

However, we know that big businesses in South Africa are sitting on a war chest of billions of rand. Set aside for innovation, investments, and start-ups, but they are playing a waiting game. They sat on their war chests during Jacob Zuma’s presidency, and are doing the same now.

And so, in this context, we hear South African businesses ask: “What can we do?” Driving the change you wish to see is a starting point. Become a force for good. The alternative is predatory capitalism – waiting for someone else to take the risk and then following with your money.

Responsible capitalism is where we ask: how do we use our brainpower and our talents to uplift and grow the lives of many others? In so doing we grow our own businesses and become successful in our own right, but we also grow more consumers and provide opportunity for more businesses. Essentially, we make the pie bigger.

Will people willingly share the inevitably bigger pie? Transformation should not be a box-ticking exercise. The point should not be to give away some equity in order to increase your business contacts. That model is unsustainable.

When you give, it is amazing how the universe conspires to reciprocate and provide meaning. M&C Saatchi Abel was founded in South Africa in 2010, and were able to grow during what our current president called the “nine wasted years”.

We made an important choice at the outset. While 49% of the business is currently owned by the PLC in London, the majority is South African owned. Of that portion, the majority ownership is held by black South Africans working in the business. Capable staff, a clear vision, and diversity of thought and ownership has molded the agency and driven solid growth in very difficult times.

Ownership is not the only way to share the pie. Access to networks, something the establishment often takes for granted, is crucial to unlocking broad-based prosperity.

I was invited to a prestigious year-end event. In the room was the who’s who of South African business: a combined net worth amounting to many, many billions. The only black people in the room were the MC and the government dignitary invited to deliver a keynote address.

In his address, the government member challenged the audience. 90% traditional white male customers and 10% women, to “bring a black friend” to the next event.

As simplistic as that may sound, it makes a crucial observation. Because unless Black South Africans are provided with access to the kind of networks that established, White businesses take for granted, there will be more young Black engineers with apps that don’t get noticed, more proofs of concept in the Transkei awaiting mass rollout, and more young Black executives that don’t reach the pinnacle of business in SA.

Again, it is not about charity. Even if a young Black executive or creative provided with exposure at these events did not walk away with a cheque, the access to institutional knowledge and mentorship is priceless. A single conversation could have a butterfly effect.

We have all heard the story of JK Rowling and Colonel Sanders’ numerous rejections, but it was the “yes” that changed their lives, and quite frankly, made their legacies part of so many of our lives. We can sow the seeds of “yes” within our own businesses and micro-communities.

Investing in potential, whether it is a community project, a young gifted person or a business idea, is the first step in everyone owning a small part of something extraordinary. That is how businesses become a force for good. 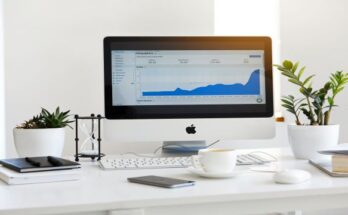 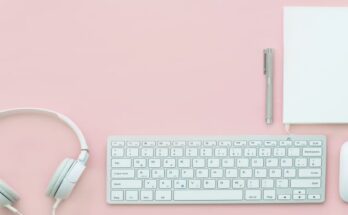 How To Make A Great Impression In Online Meetings