During these dark days of Covid, an expedition of hope to embrace the outline of South Africa and help those in need.

With adventures and exploits reminiscent of Jules Verne’s 1872 novel ‘Around the world in 80 days’, the Kingsley Holgate explorer team have completed the Mzansi Edge Expedition travelling in new Land Rover Defenders, by mountain bike and even on foot, on a marathon humanitarian mission that delivered over 250,000 nutritional meals to needy families still affected by the Covid-19 lockdown and clocking up more than 16,000 kilometres in 80 days.

Starting at Kosi Bay mouth in northern KwaZulu-Natal in mid-September with the filling of the Holgate’s traditional Zulu calabash that travels on every humanitarian and geographic journey, the expedition achieved the extraordinary feat of tracking South Africa’s total land borders with Mozambique, Eswatini, Zimbabwe, Botswana and Namibia, circumnavigating land-locked Lesotho, and following the entire length of the Atlantic and Indian Ocean coastlines from Alexander Bay in the Northern Cape back to Kosi Bay.

Geographic objectives of the expedition included staying as close to the land borders as possible and reaching South Africa’s most eastern, northern, western and southern geographic points. The team also erected symbolic ‘isivivanes’ (stone cairns) at the six points where South Africa’s border meets two other countries and collected thimblefuls of water from 50 important water sources on Mzansi’s Edge in the Zulu calabash. Staying true to the coastal edge of the expedition’s route, they also reached 50 lighthouses along South Africa’s shoreline.

“This expedition turned out to be one of the most exceptional journeys I’ve ever undertaken without leaving my home country,” said the world-renowned explorer and author Kingsley Holgate, who with his team has completed over 30 geographic and humanitarian expeditions in Africa and beyond, many of them world-firsts.

“Every day was a new adventure, and we were constantly amazed at the spectacular beauty, geographic diversity and rich history to be found all along South Africa’s borders and coastline, as well as the kindness and hospitality of people who ‘live on the edge’ of our magnificent country, and who fully embraced the expedition’s mission and pushed us along.”

The challenging route was also the first long-distance test for the recently launched Land Rover Defender on South African soil, with Kingsley and his son Ross Holgate putting two expedition-kitted new Defenders through their paces over some of the most difficult conditions on the continent.

This included following the entire length of the Kruger National Park’s fence line with Mozambique; tracking the 500-kilometre straight-edge border with Namibia from Union’s End in the north of the Kalagadi Transfrontier Park to the Orange River; steep ascents and descents along the Lubombo and Makhonjwa mountain ranges and the high-altitude Drakensberg border with Lesotho; and navigating the precipitous cliffs of the Wild Coast.

“As a family, we have had the incredible opportunity to have adventured in every country in Africa but we never expected this homegrown Mzansi Edge expedition to throw so much at man and machine,” said expedition leader Ross Holgate. “Following a fence line day after day and week after week, is not easy. The road conditions were a complete mishmash: deep sand ruts, sharp jagged rocks, high Kalahari dunes, overgrown tracks and wash-aways were part of our everyday journey. We also experienced intense heat up to 50 degrees Celsius and days of endless mud and torrential rain.”

Joining the adventurous father and son duo were Kingsley’s partner Sheelagh, Ross’s wife Anna, Kingsley’s 19-year-old grandson Tristan who is learning the ‘expedition ropes’, and expedition veteran ‘Shova Mike’ Nixon, one of only four people in the world to have completed every Absa Cape Epic, said to be the toughest mountain bike race in the world.

He cycled over 4,500-kilometres of the Mzansi Edge expedition route, including a gruelling, solo 300-kilometre journey along the beaches and cliffs of the Wild Coast from Cintsa to Port St Johns. Other South African adventurers who joined the expedition for short spells included Project Rhino ambassador Richard Mabanga and mountaineers Andre Bredenkamp and Sibusiso Vilane, the first African to successfully summit Mt Everest.

Staying so close to South Africa’s borders created some interesting moments for the team. “With travel bans still in place, some of the fence lines were heavily guarded by the SADF and we had to get permission from the top military brass beforehand,” recalled Ross. “They were always supportive of the expedition’s mission, but sometimes the message wouldn’t get all the way down the line and we’d have to do some fast talking.  On one occasion, Shova Mike on his mountain bike was nearly shot when he crested a hill ahead of the Defender team and surprised a patrol unit on the lookout for border jumpers and vehicle smugglers.”

The expedition witnessed the illegal cross-border trade, particularly along the Limpopo border with Zimbabwe, where innumerable holes in the fence, well-worn tracks and a busy bush-taxi service showed it was alive and kicking. They also saw first-hand the devastation that Covid-closed border posts have wrought on local communities who rely heavily on tourism and the continent-wide trucking industry.

“It was disturbing to see border posts like ghost towns,” said Kingsley. “No business at all – from the empty shisanyama and fruit stalls lining the road, to short-stay motels and upmarket game lodges – everything closed. The loss of income must be terrifying; it really brought home the severity of the Covid-19 lockdown and how people in these outlying areas are still struggling to put food on the table.”

“Building on our motto of using our adventures to improve and save lives, this expedition wasn’t just a geographic mission – it also had a strong humanitarian focus,” explained Ross. “Supported by Land Rover, the DoMore Foundation and our partners at Goodbye Malaria and Project Rhino, we were able to distribute well over 250,000 meals-worth of vitamin-enriched DoMore nutritional porridge, as well as thousands of facemasks, sanitizing soap and digital thermometers to early childhood development centres, orphanages and needy families all along the route, especially to those living close to game reserves who have been particularly hard-hit by the loss of tourism. It was a mammoth team effort, and we were amazed at the inner strength of so many South Africans, who seem more determined than ever to improve the lives of others during these difficult Covid times.”

On the final dash from Durban Harbour to Kosi Bay, the expedition’s well-travelled Zulu calabash was borne up the coast on the National Sea Rescue Institute’s state-of-the-art ‘Alick Rennie’ vessel to Umhlanga Rocks and then flown by microlight from Ballito to the Tugela River mouth. Reuniting with the Defender convoy, it journeyed up the KwaZulu-Natal north coast, still collecting water from key river mouths and lakes in the iSimangaliso Wetland Park. To mark the end of its Mzansi Edge odyssey, expedition members then carried it on a 14-kilometre beach trek from Bhanga Nek to Kosi Bay Mouth, where it was symbolically emptied at the exact point where the expedition started from 80 days previously, in a jubilant end-of-expedition ceremony.

The expedition’s Scroll of Peace and Goodwill is full of inspirational messages from hundreds of remarkable people we met all along Mzansi’s Edge,” said Kingsley. “Especially in these difficult times, it’s been good to be reminded of the unique diversity of nature, culture and community that make up our country. Wherever possible, let’s get out there and enjoy the incredible adventure destinations South Africa has to offer, staying Covid-safe of course.” 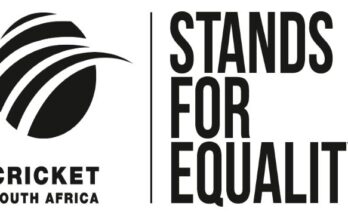 Momentum Proteas ‘GO BLACK’ in Support of the Fight Against GBV 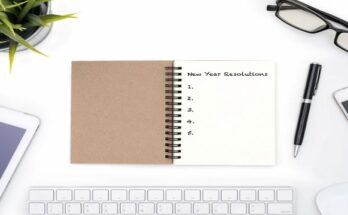 New Year Resolution: How To Do More Good In 2021 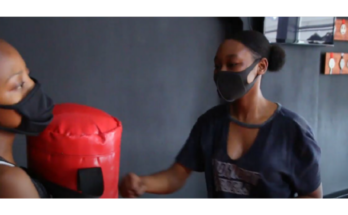 Siyakunakekela Fostering Tangible Change – One Project At A Time