For many vulnerable women living in South African mining areas, being survivors of gender-based violence (GBV) often also means being abandoned and left destitute in rural communities. Left without financial means and other key forms of support, many women find themselves desperately looking for havens and ways of reconnecting with their families, who often live far away from mining centres.

This is a common challenge at Kitso-Ke-Lesedi a social development agency working across several small centres around Rustenburg’s ‘platinum belt’ in the North West Province.  A significant cause of the region’s dysfunctional households and domestic violence is the multi-cultural nature of mining areas.

They are places that attract transient workers from a range of cultures, who speak different languages and have various outlooks and belief systems. Many male workers from provinces across South Africa and neighbouring states come from patriarchal societies where women must be submissive. They arrive in Rustenburg, form relationships with women in the area, and find that these women don’t conform to their expectations of partners.

Gender-based violence and femicide (GBVF), alcohol abuse, transactional sex, sexually transmitted diseases, and high incidences of HIV/AIDS are often the result. For the Kitso-Ke-Lesedi workers, their primary concern is financial, as costs for support initiatives vary.  Interventions range from taking education programmes to communities to providing bus fares to women desperate to cross the country and return home.

For Motlhaping, who has helped pilot Kitso-Ke-Lesedi since 2007, having the GBVF Response Fund (the Fund) identifying them as one of the 110 high-impact non-profit South African community-based organisations (CBOs) approved for support was a significant boost for this CBO. Specifically, he notes, some of the funding is supporting a project which helps young boys who have suffered from violence and abuse in their homes.

The other beneficiaries of the grant, part of the Fund’s first tranche of R69 million, provided to help fight South Africa’s gender-based violence and femicide (GBVF) epidemic, will be members of the Bojanala Platinum District’s LGBTQIA+ community. Kitso-Ke-Lesedi provides practical interventions, training, and awareness programmes to shift perceptions and behaviour in this regard.

Additionally, the Crisis Centre established at the Mogwase police station about 50km from the CBO’s main office is instrumental to their work and critical to the organisation’s success. “We approached the authorities about changing it into a privately-run facility in 2013. Following this, we were appointed to manage and staff the centre.

We also mentored and trained service personnel and marketed it to the community. After two years, a full-time social worker took over, and the centre is still operational today.” It is also important to note that a positive relationship has been developed with the South African Police Service (SAPS) at Mogwase, a hub that includes the police station and magistrate’s court.

With about 45 people being assisted by the centre every month, the police have helped women whose partners abuse and then abandon them – most often by disappearing from the area after payday.  The Crisis Centre provides abused women and children with up to seven days of protected accommodation. Other services include support offered in clothing and food.

When needed, bus fare is provided to help women return to their families in distant provinces. Often, police assist by transporting women from one policy area to another until they can be safely left in towns where long-distance bus services are available.

Although most perpetrators of domestic violence are male, it is important to point out that men are also part of the solution in the mining area. Some of the men founded Kitso-Ke-Lesedi after attending a ‘16-days of activism’ event organised by the North West Department of Social Development in 2007.

While other men have voluntarily attended workshops to help them deal with toxic masculinity issues, including anger management. They have turned away from GBV after realising what their behaviour was doing to their partners and children.

The organisation believes that a big part of helping GBV survivors heal is giving them the confidence and ability to become financially independent. To this end, we run a series of training workshops for women and are proud that a programme graduate now owns a hair salon and employs other community members. One of the most popular skills offered is driving lessons which can lead to employment opportunities.

“We deeply appreciate the assistance offered to us and are especially grateful to the GBVF Response Fund for the support which has enabled us to help vulnerable community members.”  Commenting on the initiatives and successes of Kitso-Ke-Lesedi, Lindi Dlamini, CEO of the GBVF Response Fund, says: “We are immensely pleased that, in our role as a catalyst to accelerate action in the fight against GBVF, we were able to help with much-needed funding to support this CBO’s drive to assist survivors of GBV and abandonment in the North West Province.”

“The range of interventions by Kitso-Ke-Lesedi is truly remarkable. It is heartening to know that there are CBOs like this embedded in our communities – CBOs that are actively helping to reunite survivors of GBV with their loved ones.  Furthermore, it is certainly encouraging to note their ties with the local SAPS.  This perfectly illustrates what can be achieved when multiple stakeholders or services cooperate for the benefit of others. “

To find out more about Kitso-Ke-Lesedi, visit or follow: 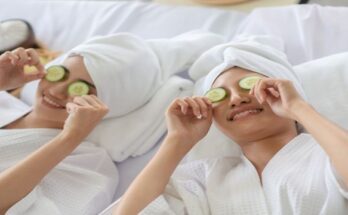 How To Pay It Forward This Women’s Day 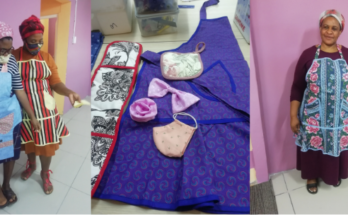 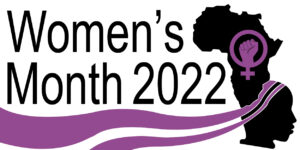