Weight Loss Methods And Routines what has changed over the past 30 years.

Like most of our testimonies on our fluctuating waist lines and fights with our scales, the weight loss industry has not remained the same as new research on methods, nutrients and foods are being hailed as the ‘best’ on how people can maintain their weight.  So, how did people stay fit in the 1970s?  Back then people used to exercise less but had very active lifestyles and moved around a lot more.

Their lives were not overtaken by technology, there were no home computers, internet, smartphones and they definitely did not binge watch Netflix.  In the 20th Century, the primary model that people used to maintain their weight was calorie counting.  Some of the famous diets from thirty years ago include:

The Grapefruit Diet: This diet involved eating a grapefruit with every meal.  The belief was that the grapefruit contained a special enzyme that burns fat quickly. Meal Replacements: This was a diet programme that involved replacing any two meals with meal replacement bars, cookies or shakes. The Cabbage Soup Diet: With this diet, all you ate was nothing but cabbage soup for seven to ten days. As time passed, people started focusing more on what they were eating, not just quantity.  Food manufacturers started making every version of fat free or low-fat food.  Researchers started noticing problems with these low-fat food as some are higher in sugar than the regular versions.

This led to them highlighting the fact that dietary fat is necessary for our diets.  More and more people started going for low-carbohydrate diets as they were told that carbs were the real enemy.  The shift to this low-carb diet, combined with a consistent exercise routine showed great weight loss results. Controlling and lowering your intake of carbohydrates leads to reduced inflammation in the body and helps maintain your insulin and blood sugar levels.  Having high sugar levels leads to chronic diseases such as type-2 diabetes, cardiovascular disease, and cancer,” says Gert Coetzee, Pharmacist and Diet pioneer, who founded The Diet Everyone Talks About – a carbohydrate-controlled lifestyle programme that has successfully helped South Africans lose and maintain their ideal weights for 30 years.

Below he lists some hints and tips that can be used to lose weight:

Cut down on sugar:

Added sugar is one of the worst things to have in your diet, with some even labeling it poisonous for our bodies.  Sugar is associated with an increased risk in obesity, type 2 diabetes, and heart disease.

Increase your intake of fruits and vegetables:

Fruits and vegetables contain properties that make them effective for weight loss.  They are nutritious and filling which is beneficial for your overall health.

Refined carbs include foods such as white bread, pasta or flour, generally foods that have had their nutrients and fiber removed.  Due to being low in fiber, these foods only fill you up for a short period of time causing you to eat more and more often.  Rather go for foods such as oats and vegetables as they not only keep you fuller for longer, but they also contain more nutrients that are good for your body.

Make sure that you keep healthy food around to snack on rather than searching for something unhealthy when you feel hungry.  Healthy snacks that are easy to prepare and carry around include nuts, boiled eggs, fruits, vegetable sticks, and biltong.

Include protein in your diet:

Diets that are high in protein keep you fuller for longer meaning that you will have reduced cravings and obsessive thoughts about food.  Protein also helps boost your metabolism so make sure that there is a source of protein in each of your meals.  Protein foods include fish, eggs, and poultry. 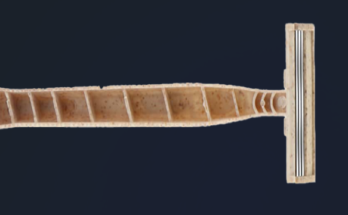