Settling in to the State of the Nation

It’s been a month since President Cyril Ramaphosa gave his State of the Nation Address (SONA) in Parliament. It’s also been just three weeks since Finance Minister, Tito Mboweni, shared his maiden Budget Speech with the country. Now that the dust has settled, and the fanfare set aside: what effect do the SONA and Budget Speech have on the South African property market and, specifically, first time home buyers?

Property ownership in South Africa is a somewhat contentious issue, as concerns around land expropriation without compensation rise. The State of the Nation Address, however, did much to alleviate furrowed brows amongst suburban homeowners, with the primary focus of this initiative squared quite firmly on agricultural land. Of course, the economic effects and global reaction to such a proposed move have been somewhat shaky. The ultimate implementation of this proposed land reform legislation still remains uncertain. That said, enabling the ownership of property – especially for first time home buyers – remains a government priority.

Launched in 2012, and further expanding its reach in 2018, the South African government’s initiative towards encouraging first time home buyers to make that initial purchase, is entitled the Finance Linked Individual Subsidy Programme, or FLISP. This programme provides lower and medium income earners with a substantial subsidy, that can be used to purchase property, subject to the pre-approval of a home loan. As announced in the 2019 Budget Speech, administration of the FLISP will move to the National Housing Finance Corporation (NHFC), and away from provincial administrators. This move will streamline administration and the costs associated with administering the FLISP programme. This is a good move on government’s behalf, as paring down the costs associated with administering such a subsidy will, ideally, free up more money to support more people looking to buy their first home.

See more: First time buyers, do you qualify for a FLISP subsidy?

Tito Mboweni’s Budget Speech allocated a further R950 million over the next three years to the FLISP initiative aimed at first time home buyers. The National Treasury stated that this programme aims to give more than 18000 South African households subsidies that will support their access to mortgages. The “Help to Buy” or FLISP programme works to fill an interesting income gap: it’s aimed at assisting people who earn too little to apply for a home loan, but earn too much to be eligible for government-subsidised housing.

Read more: Budget 2019 – What it means for the property market

Although urban property ownership forms the focus for many real estate professionals, the needs of citizens within so-called informal settlements cannot be ignored. It should also be heartening for real estate professionals to note this, because many areas – once regarded as informal settlements – have, over the years, become urbanised suburbs, thanks to infrastructural development, backed by government. To this end, Tito Mboweni allocated a further R14.7 billion towards conditional grants for informal settlements, that aim to improve infrastructure and the delivery of municipal services to these regions. As the installation of infrastructure, water, sanitation services, and electricity, expands, this creates opportunities for the expansion of the property market. Notably too, the improvement of citizens’ homes and community facilities has exceptionally positive effects for everyone’s standard of living, and encourages further socio-economic development for all. With this in mind, a further R150 million has been allocated to 117 municipalities across South Africa, with that money pegged to upgrade 776 informal settlements across the country.

2019 is an interesting political year, both at home and abroad: in the USA, President Trump begins gearing up for his 2020 election campaign and, at home, South Africa will go to the polls in May 2019. Political tensions aside, an election year typically creates a subdued economic environment, and this often reflects in the property market. After the elections have taken place, we can look forward to a little more certainty but – as it stands – for now, sit tight if you’re thinking about selling your home.

Unfortunately, the National Budget 2019 did not include much relief for taxpayers and homeowners. Although no changes to transfer duties or Capital Gains Tax were announced – and no news is better than an increase in those! – it is disappointing that this level of tax relief has not come to fruition. Unfortunately, the burden on the South African taxpayer has not enjoyed any decreased financial pressure. That has a knock-on effect to homeowners and prospective property buyers, as this decreases the amount of disposable income we all have at hand. Citizens, hang tight as our country works towards alleviating the economic obstacles we currently face.

Ultimately, improving South Africa’s economy at large, while working to attract foreign investment and the development of sustainable, economically active communities will best feed the South African property market. The national government appears to be fully invested in turning the tide against corruption, and working hard to bring prosperity to all. For now, first time home buyers, get excited: your first home could soon be yours. 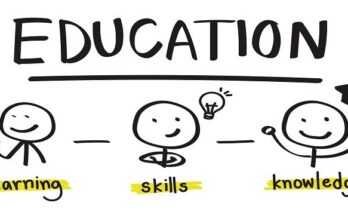 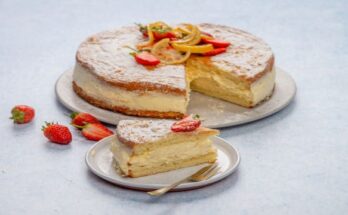 Four Eggs (Or More) And A Cheesecake