Teen dating violence (TDV) encompasses different forms of violence. According to the National Institute of Justice, TDV includes “physical, psychological or sexual abuse; harassment; or stalking of any person ages 12 to 18 in the context of a past or present romantic or consensual relationship.”

Most people are familiar with physical abuse. It includes behaviors like punching, kicking, hitting, biting, shoving, scratching, and hair-pulling. This form of teen dating violence can be readily identified by most people. On the other hand, while the other forms of abuse are just as damaging, they are typically not recognized as easily.

Emotional and psychological abuse includes behaviors like shaming, name-calling, bullying, controlling, and intentionally embarrassing. Stalking includes both following and harassing a person to the point of jeopardizing their safety. Sexual abuse includes forcing a partner to do something without their consent.

TDV doesn’t have to take place in person. Social media and modern technology have opened up new platforms for abusive behaviors.

The Difference With Teens

Abusive relationships at every age are unacceptable. Nonetheless, the ages of those participating in the relationship play a role in the way they present themselves. Teenage relationships, nowadays, start at younger ages than ever before and reach more “serious” levels faster. It is not uncommon for adolescents as young as 12 to be entering romantic relationships.

There are a few issues that can arise because of this;

Since teenagers are still learning who they are, they can be more easily influenced by others. It becomes a safety issue when the person influencing them does it in a hurtful way. Without the relational maturity to be able to recognize behaviors that are inappropriate, teens can find themselves in potentially precarious situations.

What Are The Dangers Of Teen Dating Violence?

The dangers of teen dating violence can continue long past the teenage years. And, they are drastically more serious than some people like to admit.

Teenagers that are victims of teen dating violence are more likely to be part of dangerous relationships while in college and throughout their adult life. Early dating relationships can set a standard for future relationships, so then, if they were mistreated by their partners as teenagers, they may come to believe that this is how they “deserve” to be treated.

Victims of relationships that include teen dating violence are also more likely to struggle with anxiety and depression. The abuse that they endure, both physical and emotional, can quickly destroy their self-esteem. This can cause them to pull away further from those that love them and can help them. Depression is a dangerous cycle that can lead to suicide if not properly addressed and treated.

Teenagers that are victims of TDV are also more likely to start abusing drugs and alcohol. They look for ways to numb the pain that they are experiencing. This can lead to a lifetime of struggling with substance abuse which impacts every area of life.

How To Recognize The Signs

It’s normal for teenagers to slightly change their behavior when they are in a new relationship. The “puppy love” stage of a relationship is exciting. The other person is constantly on their mind, and it’s hard to think of anything else. They want to spend all their time talking to or with the other person, which may make detection of violent relationship rather difficult. That’s why it’s so important to familiarize yourself with the signs:

We Need Help On Both Sides Of The Relationship

Help For The Victim

There are many reasons that victims don’t reach out for help. One of those reasons is that they are embarrassed or ashamed of their situation. Some teenagers are worried about what their parents or friends will say when they find out.

It’s important to educate youth on how they should be treated in a dating relationship. We need to spread the word to show the warning signs that they should look for to find out if their relationship is dangerous. Then, youth should be educated on the steps to take to break away from this relationship, who to talk to, and what to say.

If you are the parent of a teen who, you feel, is in a relationship with teen dating violence, it’s important that you let them know they will not be in trouble for coming to you for help. If a teenager feels they are going to be judged or punished for their relationship or what has happened, they may choose to stay quiet instead of talking to you about it.

Help For The Abuser

Teenagers that are abusive when in teen dating relationships, are learning behaviors that can continue in the future. They need to be taught appropriate ways to interact and communicate with those they are in a relationship with. While they may feel that it’s not a big deal, it is a choice that can follow them through the rest of their life.

Teens may feel immune to legal trouble due to their behavior, but they aren’t. Having to register as a sex offender or needing to report a domestic violence conviction can impact their ability to get a job or even a student loan while attending college.

Teens need to be educated about what relationships should look like. It’s hard for them to figure it out on their own as they are still learning communication skills and who they are. Peer pressure can cause teens to go against their better judgment and do things they wouldn’t normally do.

Teenagers need to be taught appropriate behaviors and how to respond if they find themselves in an unhealthy relationship. They should know what words to use and how to find a safe person to talk to that can help them navigate out of the situation that they are in.

If you are a teen in a relationship with teen dating violence – get help. If you are the parent of a teen who, you suspect, is in a bad relationship – help them to get the help they need. The professional, licensed therapists at BetterHelp are available to help educate youth on what healthy relationships look like. Regardless of what side of the relationship the teenager is on, an experienced therapist can help them make the changes they need. 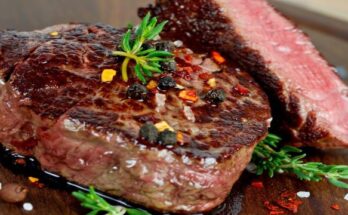 Comfort Yummy For The Tummy! 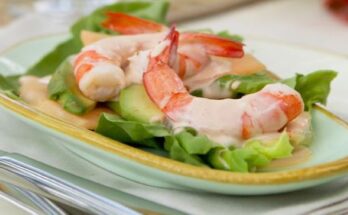 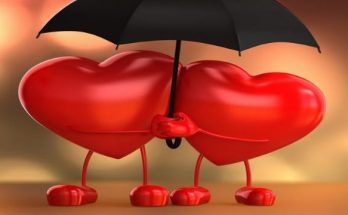 What To Wear On A First Date