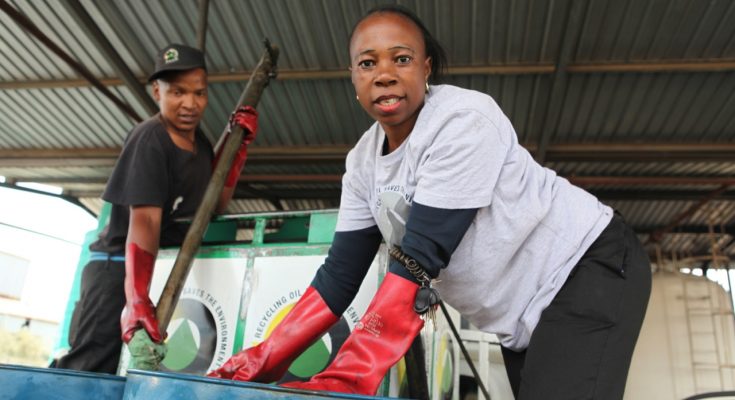 Meet Jeminah Mofokeng –The Woman Who Is Cleaning Up In A Man’s World, a single mother who has conquered a male-dominated job and goes out every day collecting used motor oil.

Used oil is dirty, hazardous stuff yet Jeminah, who is a single mother, works with it every day in a bid to provide for her children. Long days are spent on the road in her collection vehicle, searching for used oil, which is purchased from the generator and then taken to a licensed refinery for recycling.

Despite it being a tough industry dominated by men and punctuated by mechanical challenges and harsh competitiveness, Jeminah has managed to make a sustainable living for herself and her children. “While I have seen many male oil collectors come and go in my industry, I have stuck it out and persisted. I have worked hard and do my best for my family. I work with a dedicated heart and a committed soul – I refuse to be conquered.”

“As a woman, I receive my fair share of criticism for working in what is seen as a “mans world”.” And whilst she has made a success of oil collection it is not without its ongoing challenges for this brave woman who says that the physical side of oil collecting can be taxing. “Don’t underestimate the physical demands of doing this job! Over the years I have hired people to help me and they all find the work too hard so don’t stick it out for long. I mostly go out their alone to collect oil.”

Being alone on the road presents another set of challenges for a women, and Jeminah says she does need to be careful about safety – especially when working with money.

“Used oil collectors often go around carrying cash to pay for the oil we collect from the small workshops, who do not have electronic machines, so it’s can be a very risky job for a woman on her own. I try to minimize this risk by doing electronic payments to my clients so that I don’t carry cash at all – that makes you less of a target.”

But all said and done, a decade later and Jeminah is going strong and is a registered used oil collector with the ROSE Foundation (Recycling Oil Saves the Environment) “I like knowing that in the years I have been collecting oil I have not only continued to provide for my children but I have contributed to keeping the used oil out of our environment.”

One litre of used oil can contaminate one million litres of water and so the collection and recycling of used oil is an environmental priority to ensure that it is not being poured into drains, onto the ground, painted onto poles, used as a dust suppressant or dumped into landfill with domestic refuse –practices which allow used oil to pollute the environment.

“ROSE collectors such as Jeminah are the heroes of the industry,” says Bubele Nyiba, CEO of ROSE. “They are the ones who go out there and collect every possible drop of used oil that could damage the environment – it’s hard, messy work, but they are making a difference.” 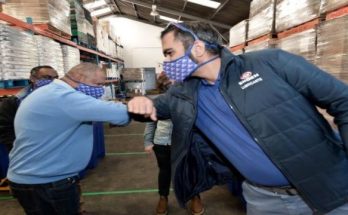 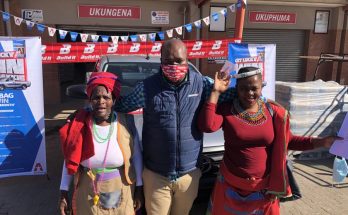 A Future of Possibilities for Unemployed Single Mother 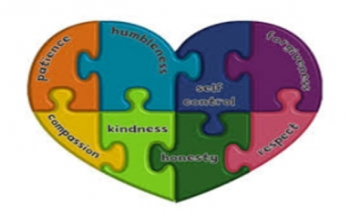