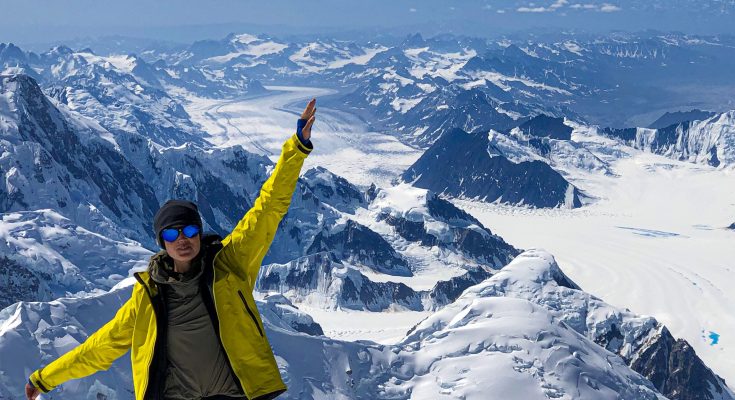 Remy Kloos is a 31-year-old South African woman who is on track to be the youngest African to complete the Seven Summit Challenge. She is also aiming for another first – to be the first African to ever complete a double summit – reaching the top of both Mount Everest and the top of Mount Lhotse within 24 hours, the highest and fourth-highest mountains in the world.

To date, this Capetonian high-altitude mountaineer has summitted four of the seven mountains that make up the Seven Summits Challenge – Mount Kilimanjaro in Africa, Aconcagua in South America, Mount Elbrus in Europe and Mount Denali in North America.

In October Kloos is climbing the highest peak in Oceania, Carstensz Pyramid. She is aiming to finish the Seven Summits in 2020 by climbing Mount Everest In Nepal in April and Vison Massif in Antarctica in December. The Everest-Lhoste combo climb, which has never been attempted by anyone from the African continent, will also make her the first woman from Africa to summit the Lhotse peak.

How it all started

Kloos has only been an avid high-altitude mountaineer for three years. The story of how she discovered her passion was born out of a desperate need to gain some perspective in her life, as she had found herself at an all-time low. Kloos was diagnosed with depression at the age of 17 and battled for years to overcome it. However, in its wake, she was left with anxiety which dictated much of how she lived her life – holding her back from being the authentic person she longed to be.

“Although I had recovered from my depression, my battles with anxiety remained all-consuming. I existed like this for years, but the turning point began towards the end of 2016 when I found myself struggling to cope. In a search to gain some perspective, I made the decision to take myself to Tanzania and climb the highest mountain in Africa, Kilimanjaro. On the 1st of January 2017, I was standing on the Roof of Africa and I felt an electric energy pulse through my entire body

In that moment, I realized I had found a deep and soulful connection to the mountains, and to something so much bigger than me. I returned home and 10 months later I found the courage to resign from my great corporate job in Johannesburg, and I took all my savings and decided to climb the highest mountains around the world and tackle my anxiety head-on.”

“I knew I needed a change so big and challenging that it would push me to dig deep into my reserves and allow me to truly discover my inner strength, courage, and bravery,” says Kloos.

But Kloos doesn’t just climb the highest mountains in the world for her own fulfillment. She is committed to giving back and launched the #JustClimb initiative last year to raise funds for the Dlala Nje Foundation based in Johannesburg. So far, she has raised R500k, which has gone towards the expansion and renovation of their children’s community centre. She also recently partnered with the Sunflower Fund for the remainder of her climbs. The Sunflower Fund is a donor recruitment centre and stem cell registry. They fight blood diseases like leukemia through the recruitment of stem cell donors to help patients in need of life-saving blood stem cell (bone marrow) transplant.

“Success for me has not been defined by each successful mountain summit, but rather the ability for me to give back to society and bring about positive change.”

A glimpse into extreme mountaineering

On her most recent expedition to Denali, Kloos was the only woman in a group of 11 climbers including guides. This is not uncommon on such a physical and more technical climb with only a 40% chance of reaching the summit. Recounting some of the biggest challenges she encountered climbing Denali, Kloos says that the mountain tested her beyond anything she thought she was physically and mentally capable of.

“The expedition took 18 days whilst carrying loads of up to 55kg with the weight distributed between a backpack and a sled. We climbed 50-degree slopes and traversed exposed ridges while embracing temperatures as low as -30 degrees celsius. You lose feeling in your figures and toes almost daily and struggle to breathe because of the altitude – in fact, altitude sickness affects many climbers who are then forced to turn around. A single misplaced step can be fatal and so you climb on a rope team, tied onto your fellow climbers – the main purpose of this is to be able to brace a climber’s fall should they slip into a crevasse or come tumbling down a slope or ridge.”

Kloos explains that in order to summit these formidable peaks, she relies on her grit to push through – perseverance, resilience and the power of the mind. However, she says that relying on grit will only take you so far. “Leaning into grace is equally as important – focusing on humanity, humility, gratitude, and positivity. I always carry an artificial sunflower with me on my expeditions as a symbol of grace and hope.”

“I am so grateful for landing up on this crazy beautiful journey. Through all my adventures I am learning to embrace fear and uncertainty wholeheartedly, allowing it to be my compass, guiding me forward, pushing me outside my comfort zone. Climbing mountains has changed my whole life. I have watched myself accomplish feats that I previously thought impossible, where true transformation began with believing what I was capable of!”

Kloos has self-funded her climbs to date and is no longer able to do so. She is looking for sponsors to help her complete her 7 Summits Challenge and to help her spread a powerful message of empowerment. If you would like to sponsor and support, connect with her on info@remykloos.com. 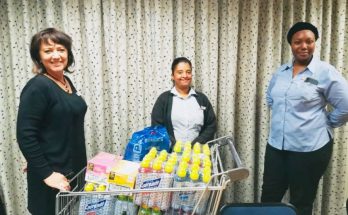 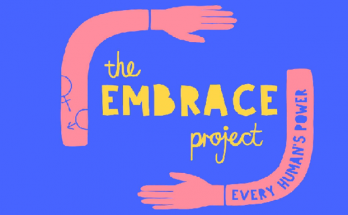 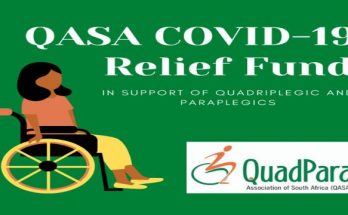 Relief Fund For People With Disabilities