There’s no two ways about it: today’s forty-plus demographic is light years removed from that of the previous generation. Due to advancements in medicine, healthier lifestyles and a general change in attitude, people are ageing in a radically different way.

In fact, there’s a catchy new moniker for the current generation of over-fortys: Positive Agers. Classified by the Positive Psychology Institute as “the process of maintaining a positive attitude, feeling good about yourself, keeping fit and healthy, and engaging fully in life as you age”, Positive Ageing flies in the face of the often patronising stereotypes surrounding growing older.

It’s little wonder then that media outlets and marketers are starting to court this heretofore under-catered demographic. Enter Joernaal/Journal – a brand-new positive ageing magazine for South Africans, edited by media industry legend Terena le Roux. “When I conceived of the idea for Joernaal/Journal, I thought about what I would like to read,” says Terena.

“I’m no longer interested in fashion, make-up, celebrity gossip or how to handle issues with children – my son is grown-up and out of the house! I want content that is in touch with my reality – in other words, age-positive – but that will challenge me, interest me and keep me up to date with the latest on health and mindfulness.”

Expanding her current position as editor-owner of Idees and Ideas magazines – titles that Terena has notably published independently since 2017 – Terena will also edit and publish Joernaal/Journal in both Afrikaans and English.

For the inaugural 140-page issue readers can look forward to dig-your-teeth-in long reads on everything from epigenetics (spoiler alert: your genes are not your destiny!) and positive ageing (it really is a mind-game) to how iconic Hollywood  actress Hedy Lamarr became the mother of WIFI.

The line-up also includes all you would need for trying your hand at watercolours, oils and life drawing; a crash course in mastering bullet journaling, the latest creative way to organise your life; pro tips on decluttering and learning to live stylishly with less; and a bumper puzzle section that’ll have your nibbling the back of your pencil into the wee hours.

While Joernaal/Journal embraces the here and now, it also makes room for nostalgia. Especially poignant is the first in a series of features on telling your stories. It is illustrating how taking a picture of a collection of one’s most treasured, sentimental possessions not only offers one the opportunity at introspection, but to preserve one’s own story for future generations in a beautiful way.

Terena gamely kicks off the series with her own ‘self-portrait’, which includes a vintage pair of white gloves with black polka dots from Venice that she almost had to leave behind to catch a train; a ticket from a Bob Dylan concert that she attended in London while pregnant with her son; and an 1850s amethyst engagement ring from Paris.

“Essentially, I want Joernaal/Journal to embody the essence of a traditional journal – somewhere to document one’s stories, help organise one’s life and allow one to reflect,” says Terena. “I’d love readers to take the magazine, pencil in hand, and slowly make their way through it, all the while making time for themselves.”

Joernaal/Journal will hit the shelves on 11 December. The magazine will retail at R85 and will be available at Woolworths, Spar and select Clicks stores. 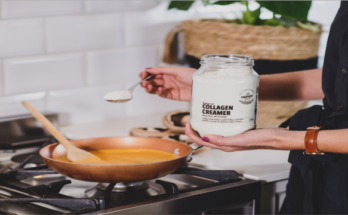 Can A Cuppa a Day Keep The Wrinkles (and illness!) At Bay? 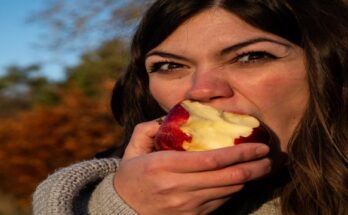