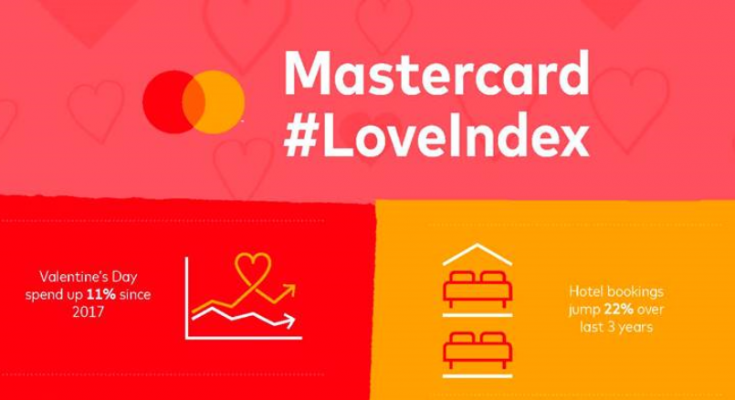 A new study of card transactions has revealed that South Africa’s ‘love economy’ continues to grow, with Valentine’s Day spend up 11 percent and the overall number of transactions increasing by 36 percent over the past three years.

This is according to the Mastercard Love Index, which examines spending habits and trends around Valentine’s Day by analysing credit, debit and prepaid card transactions across the past three Valentine periods (11 – 14 February 2017 – 2019) from over 53 countries around the world.

The trend of gifting ‘experiences’ is outpacing traditional gifts like cards and jewellery, with hotel bookings up 22 percent and total spend up to nine percent since 2017. This takes hotels to the top of the list in terms of South African Valentine’s Day spending, accounting for 38 percent of total spend in 2019. A substantial US$7.2 million (R106.6 million) was also spent on booking flights and transportation last year, up three percent from 2017.

Food continues to be a safe way to people’s hearts, with spending in restaurants continuing to increase for Valentine’s Day year-on-year. Since 2017, there has been a 39 percent increase in the amount of Valentine’s Day transactions in restaurants, with overall spend increasing by 23 percent to reach $11.6 million (R171.9 million) in 2019.

While plumping for traditional gifts like flowers saw a 23 percent increase since 2017, spending on jewellery decreased by three percent over the same period. South Africans are also less inclined to splash out on the traditional Valentine’s Day card, with spend declining by nearly two percent in 2019, compared to the year before.

“While the way we say I love you might have changed in recent years, showing someone you care on Valentine’s Day is still more popular than ever. The trend of favouring experiences over traditional gifts continues to grow and it’s clear that today’s consumers place more emphasis on making Valentine’s Day an opportunity to create a shared experience,” says Mark Elliott, division president, Mastercard Southern Africa.

The rise of online shopping also continues, with a 31 percent spike in online transactions in the Valentine’s Day period over the past three years. Of those still shopping offline, the share of contactless transactions has seen a massive increase of 1203% since 2017, with increasing year-on-year growth.

“It is easier to travel and book trips away now than ever before, which is reflected in the increases in flights and hotels booked online in the lead up to Valentine’s Day over the past three years. The Mastercard Love Index is a unique look at how buying behaviour is evolving over time, and as we make our way in a new decade, we expect the trend of investing in time and memories together to continue to grow.” 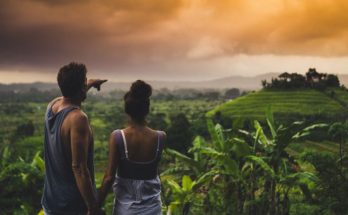 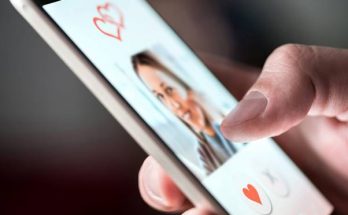 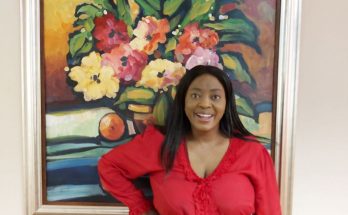