There is enough food produced globally to feed the world, yet, in Africa, recent estimates suggest that 73 million people are acutely food insecure. The core problem lies in poverty and inequality and while it is certainly a global problem, a low dietary education, coupled with poverty and a market flooded with low-nutrient globalised foods creates a perfect storm for poor nutritional intake in Africa and a ‘hunger pandemic in SA’ if something doesn’t change.

Working to tackle the hunger pandemic by feeding children South Africa for the past 10 years, KFC Add Hope has taken a partnership approach to ensure that support reaches children in the most effective way – supporting sustainable feeding programmes such as HOPE worldwide South Africa.

Says Dr Marc Aguirre, country director, HOPE worldwide SA; “With World Food Day celebrated on the 16th October, now more than ever it becomes important to shine a light on hunger and malnutrition and what needs to be done. We need to take a stand to continue to push the food agenda in the country and ensure that collectively, we are giving each and every South African access to the most basic human right – access to a regular, nutritious meal!”

The World Bank estimates that agricultural production in Africa could contract by 7%. Regions, particularly southern Africa have been severely affected by climate change and the impact on Covid-19, means those already vulnerable prior to the pandemic, have been tipped further into vulnerability. In fact, the UN has warned that an additional 130 million people will be pushed to the brink of starvation by the end of 2020. This will add to the 821 million people who already experienced food insecurity before the pandemic hit.

Prior to the Covid-19 pandemic, South Africa was already bordering on a hunger crisis with over 500 000 households, comprising of children 5 years and younger, suffering from hunger with over a quarter of young children stunted due to poor nutrition.

“Anecdotal evidence is that hunger has increased due to loss of income. Testament to this is the fact that we were flooded with requests for food relief, reaching 185 000 destitute families with emergency food boxes and serving 740,000 beneficiaries with 22 million meals and, while funding is now depleted, requests continue to come in – showing the dire situation we find ourselves in,” says Dr. Alison Misselhorn from the Lunchbox Fund, another implementation partner of KFC Add Hope who were actively on the ground making sure the funding and food reached those that needed it most.

Similarly, KFC Africa through their Add Hope programme, directly distributed 775 tons of food which translated to 5 million meals as well as 45 603 emergency food parcels during the Covid-19 pandemic across 9 provinces and 1 616 supported locations, where the business continues to receive numerous requests for food support outside of their network.  This is in addition to the 150 000 children supported daily through the initiative.

“The main cause of food insecurity is not supply – it is unemployment and inequality. Unemployment is at an all-time high with the South African economy shedding 2.2 million jobs in quarter 2 of this year, with a definite shortfall between the value of social grants and the amount of money a household needs to feed itself. This, together with possible food production retraction, poses a much larger consideration – vulnerable communities now fear hunger as a much larger immediate threat than Covid-19,” says Aguirre.

A recent UN report indicated that Covid-19 has reversed decades of progress on poverty and so, there is no doubt that as poverty and food insecurity continue to rise in 2021, we are on the brink of a ‘hunger pandemic’!

“In addition to unemployment, job losses and access to food, we also face increasing food prices – where an average basket of food is approximately R3 783, 16 – more than the minimum wage of R3 487 – and the cost of feeding a child a basic nutritious meal is R695,74 – way above the child support grant of R440,00. This is another dire concern where nutrition plays a fundamental role in the ability to create a generation of children who grow into healthy adults and able to contribute to society,” says Aguirre.

The Free State and Gauteng are the provinces with the highest prevalence of child malnutrition, followed by Kwazulu-Natal and the Eastern & Northern Cape. “Low levels of child development due to malnutrition have ramifications throughout the child’s life and into adulthood affecting all areas of human health – physical, cognitive, psychological and social. The costs to the country’s health system and burden on social security measures will rise if not taken seriously and made a priority. Stats at this scale, and even at municipality scale, mask the deep disparities between communities and even households. This is not one province’s problem, but rather a national priority that we need to commit to at large,” adds Misselhorn.

So where to from here?

“South Africa’s hunger crisis is everyone’s problem!” says Aguirre. “All players in the economy have a role to play – the consumer, NGO, big corporate, small business and government can make a big difference if we tackle this together. There needs to be a focus on facilitating human potential to build livelihood strategies and so a focus on education is key. There also needs to be a strong focus on elevating school nutrition programmes not only to alleviate hunger but to deliver essential micronutrients and even mitigate household food insecurity.”

According to Misselhorn, children who receive a meal at school are more likely to be able to concentrate, participate and learn, and ultimately progress through schooling to gain employment or develop other viable livelihoods for themselves and their families. “As such, non-government and government feeding schemes have a crucial role to play in alleviating crisis situations and are a critical form of social security in breaking inter-generational cycles of poverty, hunger and failing livelihoods.”

Aguirre agrees; “Strengthening and mainstreaming social protection programmes such monetary grants, school feeding schemes and early childhood development as well as elevating the informal food system and home-grown agricultural farmers to improve access to nutritious food affordably, is key. This should be underpinned by stringent and non-negotiable food security policies – bringing government and corporates together to meet this agenda.”

Stakeholder collaboration has been shown to make a huge difference – amplifying efforts. So called ‘resource stacking’ has been touted as tipping the balance of impact towards real change in communities.

“Individuals have enormous power to touch the lives of those near them – if every person saw this and put it into practice, the ‘butterfly effect’ of positive change would reverberate across communities. Just changing one child’s life leads to potential change in every life that the child touches. We will never reach every child, but we know that every child we reach will have a better chance of fulfilling their potential and in turn, empowering lives in their own families and communities and that certainly echoes the theme of this year’s World Food Day –  Grow, nourish, sustain. Together,” concludes Misselhorn. 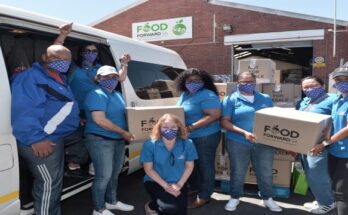 Engen And FoodForward SA Stand Together For World Food Day 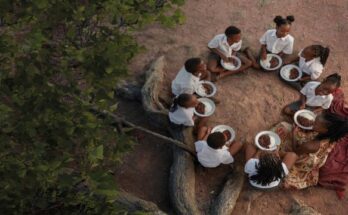 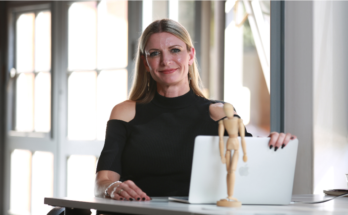 A New Approach Where The Company, Customers & Causes All Win