This Woman’s Month, we celebrate Kim Palmer, the founder of On The Ball College, who has dedicated her life to making a difference in the lives of young South Africans.

Kim Palmer, the award-winning founder of On The Ball College and chairman of On The Ball Foundation based in Cape Town and Johannesburg, tirelessly inspires her students to believe in themselves, by giving them the tools to create a life they never thought possible. On The Ball College (OTBC), which is accredited through MICT Seta and training partners with Microsoft, Oracle, CertiPort and Pearson VUE Prometric, gives teenagers and young adults from underprivileged backgrounds the opportunity to study critically needed IT skills.

“You can only dream about what you have been exposed to. We need to educate and inspire our youth so that they understand that IT and technology are career options,” says this working mom of two from her modern and highly professional office and training centre in Observatory. “I want our youth to dream big and in turn, those creative ideas will become a reality in our country.”

Kim began her journey in IT at the age of 17. At first, she was discouraged by her lack of computer knowledge and by the fact that she was only one of two females in her class, yet she persevered and obtained her full qualification (Comptia & MCSE) by the time she was in her early twenties.

Kim was determined to make her way into the IT and tech industry, despite the odds stacked against her. Working full time at internships where she earned next to nothing, Kim set up a part-time business called On The Ball Computers, with a partner, to sell computer parts and train clients. By the age of 25, she was employed full time by UCT and running On the Ball Computers during her free time.

A life-changing trip to the United States showed Kim that she didn’t need to follow a path predetermined or inhibited by her gender and that being a successful female entrepreneur and business owner in the tech and IT space was not only viable but was her calling.

After five years at UCT, Kim and her business partner decided to go full time into the business. Following a year of success, Kim took over the company and changed the name to On The Ball College, and the focus to training young adults, providing affordable tertiary education, and ensuring learners are work-ready when they complete their studies.

Kim never imagined her life as an entrepreneur, but now she would not have it any other way, “My biggest strength has been my faith and my ability to persevere even when I’m standing alone as the sole shareholder of this fast-growing business,” says Kim. “On my toughest days, my faith carries me through.”

Kim travels around South Africa, speaking at schools encouraging youth and especially young women to pursue a career in IT. “We must encourage other women to be each other’s strength,” says Kim. “We are each unique and hence we can never outshine each other, we are all created to shine.”

It was from this philosophy, the Women in ICT event was born. This year, 2019, was the third installment of this annual eventing series, that aims to close the gender gap in the local tech sector, by encouraging and empowering young women to pursue careers in the sector. Kim is the founder and chairman of this initiative.

Another initiative by Kim Palmer, as part of On The Ball College, is the OTB Foundation. This foundation was created to run bursary programs, offering underprivileged students the opportunity to attend college for free. After they have completed their studies, students are placed in the workplace.

In addition to this, the OTB Foundation reaches out to local communities and connects with those that need hope for a better future. Following her passion for giving and social responsibility, Kim volunteered as a mentor at the Alan Gray Foundation in the past, worked and assisted with training at the Haven Night Shelters and was involved in various HIV/Aids awareness projects. These were passed initiatives she continues to be part of. She continues to be involved in youth initiatives and uplifting the community.

Throughout her career, Kim was recognized for many of her achievements. In 2008, she won the Editor’s Award at the Cape Times KPMG Business Personality of the Year Awards, for emerging business demonstrating entrepreneurial excellence. Award winners were commended for their commitment to social upliftment.

In 2019, she received a Comptia Industry Spotlight Nomination for Industry Leadership. Nominees were recognized for the amazing things they are achieving in the IT field.

Thirteen years after the launch of OTBC, Kim opened two more colleges in Kraaifontein and Johannesburg. “We are finally able to take our college into the areas where there are critical skills shortages,” says Kim. “I’m delighted when I hear the stories of the lives we have changed, that’s why I get up every morning.”

What’s next for Kim Palmer? “The only way forward for me, is to grow, which is only possible by making others grow,” says Kim. “My dream for the college is to be internationally recognized, and to align our syllabus with the top overseas colleges, and to take the college and our students to new heights.” 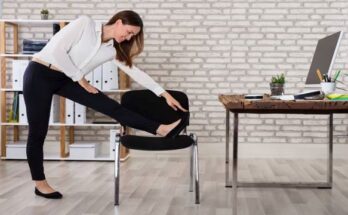